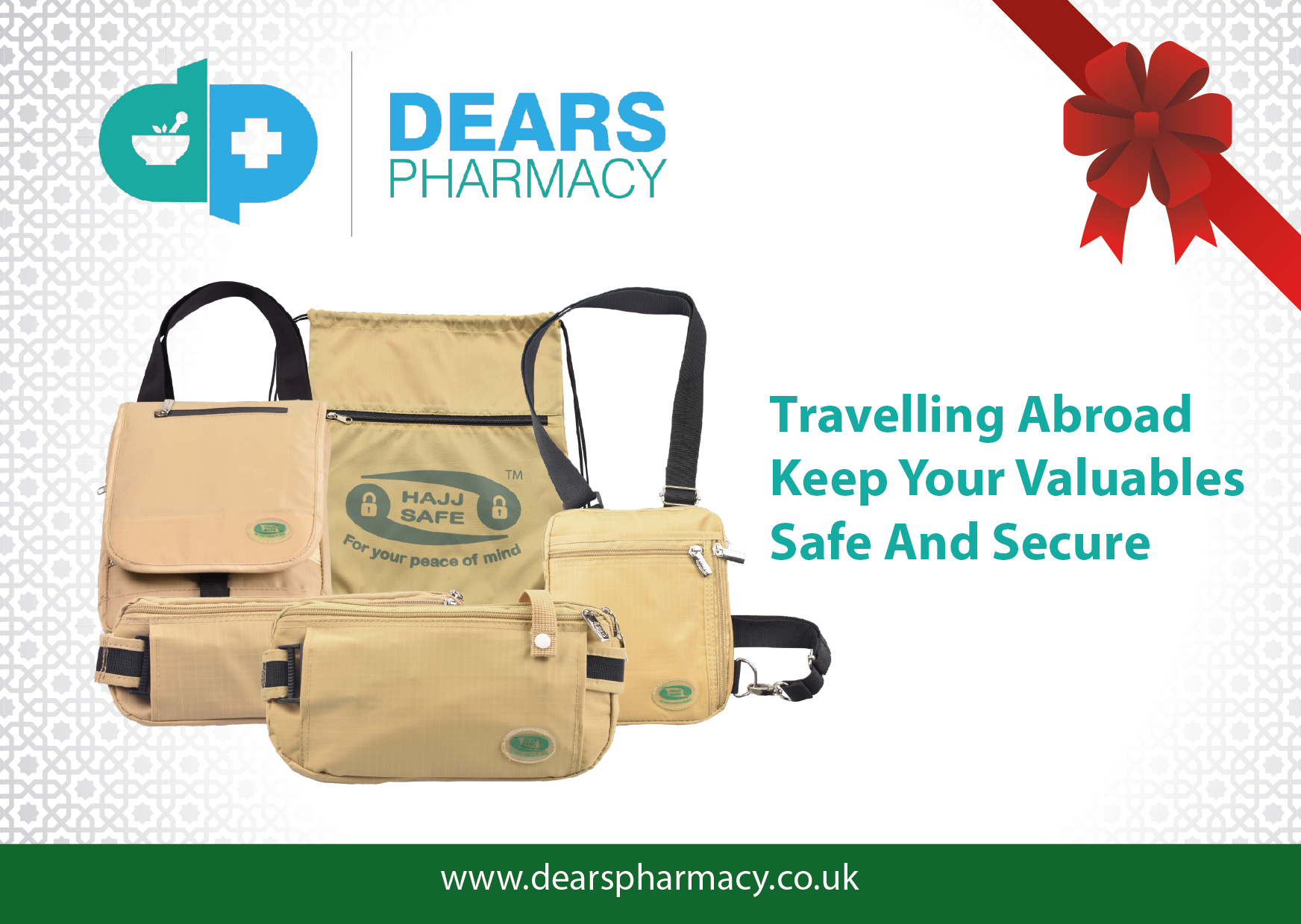 Hajj Safe has launched an exciting new coupon promotion for pharmacies across the UK. This is available to all pharmacies administering vaccines for Hajj and Umrah travel. The promotion will give pilgrims the opportunity to gain great discounts on items that they need for Hajj and to plan and prepare for their trip.

Customers will be given a leaflet of vouchers/ coupons at the point of vaccination. The customer can then purchase the items with the vouchers at a discounted price. The vouchers can only be used at the pharmacy where they received their vaccination.

The coupons will give the customer the incentive to buy the items that they need from the same pharmacy that they received the vaccination from. The pharmacy can also sell other items to the customer, meaning an increase in sales.

This is a national Hajj & Umrah Coupon Campaign. Being involved will promote your pharmacy and encourage the purchase of important medical and travel items needed for travelling to Hajj/ Umrah. Customers will have an incentive to look at the products advertised and highlighted on the leaflet.

There is also a Hajj Safe info-graphic on the back of the leaflet. This is an easy illustration highlighting the medication or equipment that may be required at different stages of the Hajj journey. It raises awareness of various issues that pilgrims may face during their journey.

Hajj Safe will also provide FREE Hajj & Umrah Health and Safety Guides, written and illustrated especially for pilgrims travelling for Hajj or Umrah.Customers will receive the vaccination, a FREE Hajj & Umrah Health and Safety Guide and they will be informed of items that they will require. As a pharmacy, you will be providing a one-stop service to travellers. This promotion also applies with vaccinations for travel to climates that are similar to Saudi Arabia

The Dears Pharmacy Group in Edinburgh has signed up for the promotion. They have launched the promotion across four of their branches where they are stocking the full range of Hajj Safe products. The manager of the group, Mahyar Nickkho-Amiry, contacted Hajj Safe to find out more about the promotion and so far there has been a positive response from customers.

The Dears Pharmacy group was established in the 1990s by Barrie Dear. The first pharmacy was opened on Ferry Rd. The group expanded to five pharmacies over the next 20 years. The group has supported the health and well being of communities in Edinburgh and Fife over 25 years.

In 2015 Mahyar Nickkho-Amiry joined the group in the role of General Manager. He had spent 15 years working his way up from a single store to a divisional role in a large multinational pharmacy business.

Following an initial review of the business a joint plan was created to enhance its offerings to the community. There has been the development of travel and other services to supplement the existing NHS services and to bring modern technology to the healthcare sector. Today Dears is the one of the fastest growing pharmacy groups in Scotland.

Hajj Safe has had a positive response to this promotion from pharmacies across the country. It is currently promoting this scheme to more pharmacies so that pilgrims can benefit from the awareness raising information being provided by Hajj Safe